Wendelien van Oldenborgh's 'Supposing I love you. And you also love me' (2011) was on view during the weekend of the Haarlemse Lente (March 24-26).

Inspired by the writing of feminist and cultural theorist Gloria E. Anzaldúa, I Speak in Tongues aims to create a fertile ground for worlds that are yet to come. In ight in the Dark (2015), Anzaldúa skillfully weaves personal narratives about displacement and identity into theoretical readings in order to comment on numerous contemporary issues – including neocolonial practices in the art world and identity politics. To Anzaldúa, to ‘speak in tongues’ means being able to navigate between the different languages, emotions, thoughts and fantasies of one’s identities.

The works in the exhibition explore a number of intertwined issues related to the act of speaking from a position of ‘difference’ as an embodied practice that is both artistic and political. Here, ‘speaking in tongues’ serves to create a site where the voice, the body and language are central to critiquing identity and dominant culture’s representation.

I Speak in Tongues offers a space of both active imagination and contemplation and addresses the necessary and ongoing dialogue on what it means to be an ‘insider’ or an 'outsider’, or a so-called ‘other-sider’, in the context of the Netherlands today and in Europe more generally as right-wing nationalism rises before our eyes. Under what circumstances is one considered an outsider? By whom and on whose terms? The objective of the exhibition and program of events is to generate an ongoing dialogue between the artists, the audience and other practitioners.

During the opening of the Haarlemse Lente, I Speak in Tongues will present movt nr.7: On Cairo by Charl Landvreugd.

Thorugh movt nr.7: On Cairo, Charl Landvreugd engages in dialogue with the work of the Surinamese writer and columnist Edgar Cairo (1948-2000), who in the 1970s occupied himself with the topical question 'How can we co-exist in the Netherlands carrying a colonial migrational background?'
Landvreugd uses parts of Cairo’s first book Temekoe (1969), which revolves around the strained relationship between a father and son. Using a call and response style, a storytelling style typical of West African communities in North and South America, Temekoe tells the story of generational traumas that emerge from the slave history passed on in the Surinamese Creole community. movt nr. 7: On Cairo presents a chorus of four women who react with songs in Sranan, a creole language that is spoken in Suriname, to a narrator who is reading from Temekoe . 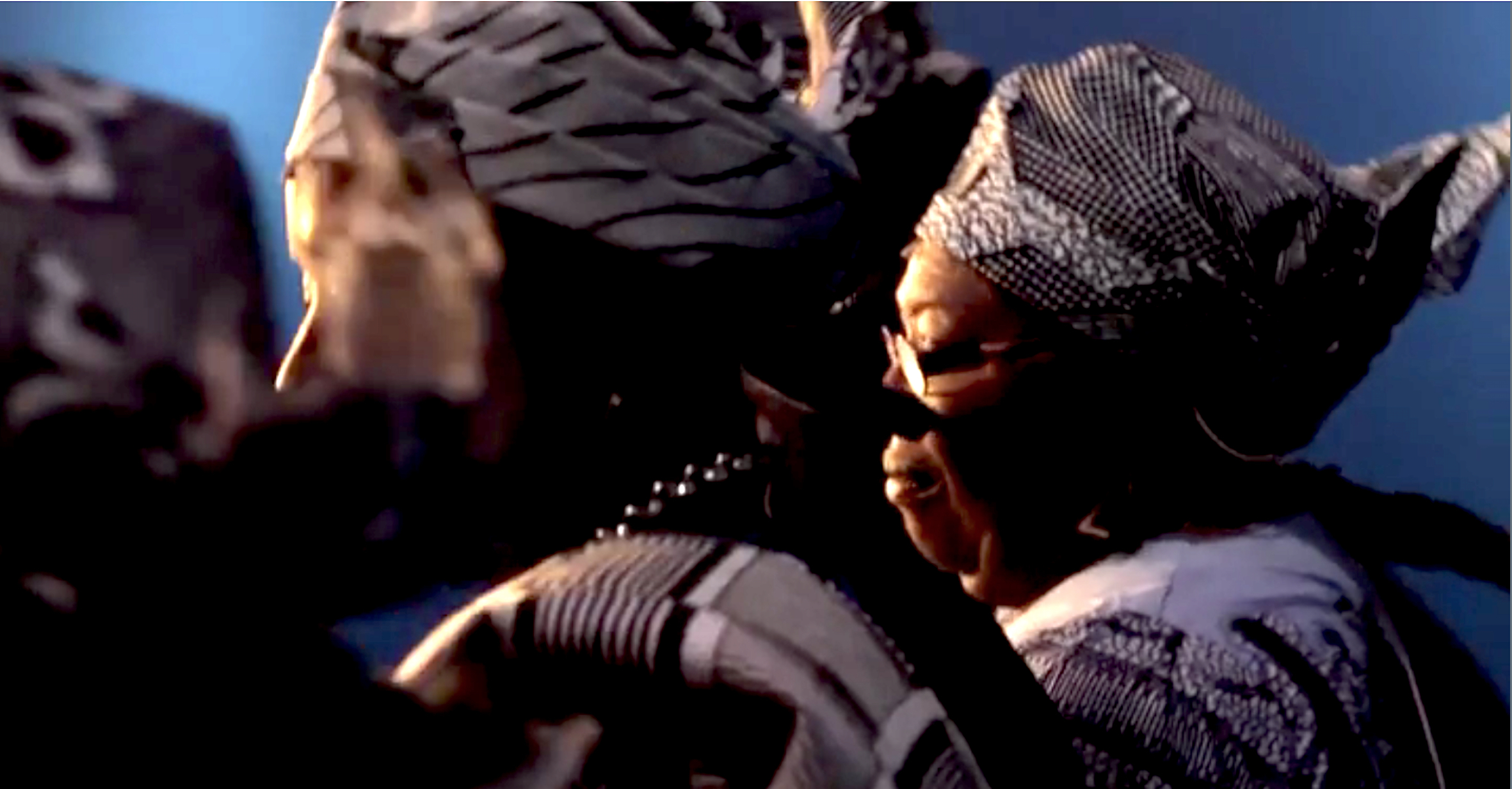 Screening & Panel discussion
‘Supposing I love you. And you also love me’ (2011) and panel discussion with Wendelien van Oldenborgh, moderated by Katayoun Arian

In light of the Haarlemse Lente weekend, the exhibition I Speak in Tongues presents a screening and panel discussion with the artist Wendelien van Oldenborgh on her work 'Supposing I love you. And you also love me' (2011). The film’s dramatic structure couldn’t be timelier in its address of the myth of egalitarianism within the (Dutch) public domain and institutions, which mirrors recent and ongoing conversations about the lack of diversity and the need for decolonization in Dutch institutions of higher education. In this ‘polyphonic mini-tragedy’ we bear witness to the voice of young students and the Swiss-Egyptian philosopher Tariq Ramadan, who introduces a counter-theme to the modernist ideal of inclusiveness, raising the question of ‘who belongs’ to the contemporary public space; ‘who gets a voice’ and ‘according to what requirements’. The panel discussion will address the question of what happens when minoritized subjects (or so-called outsiders) take up ‘privileged’ positions that have not been ‘reserved’ for them? What are the terms of coexistence? Wendelien van Oldenborgh, Supposing I love you. And you also love me, 2011 Architectural setting with bench and projection: Montage of still images with dialogue sound, english subtitles, 13 minutes Courtesy Wilfried Lentz Rotterdam and the artist.

This event includes a poetry performance by Smita James and a participatory lecture performance by Marianna Maruyama, followed by a conversation with Katayoun Arian, Marianna Maruyama and Smita James. Smita James will recite a translation of Lemn Sissay’s poem ‘boilingpoint’ alongside two of her own poems, including ‘Voices’, inspired by the documentary of the same title (2015) by Miguel Peres Dos Santos. Marianna Maruyama’s lecture performance Speaking Bodies (2017) circles around the voice and the body as a speaker itself, with its own subjective grammar and phrasing. Encounters with other bodies and languages has provoked Maruyama to use translation as an artistic method to reveal and alter meaning, and to better understand the circumstances and conditions in which the body finds itself. 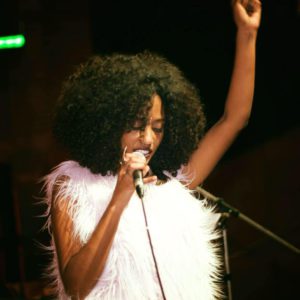